Authorities in the Spanish capital of Madrid will announce new coronavirus restrictions on Friday as the country responds to an uptick in the number of cases.

Spain has now recorded more than 30,000 deaths since the start of the outbreak, with more than 600,000 total cases.

Madrid accounts for approximately a third of all new infections, according to data from Spain's health ministry.

The president of the city’s regional government, Isabel Díaz Ayuso, has suggested that migrant populations are partly to blame.

“(The outbreaks are partly) due to the way of life of Madrid's immigrants and the population density of these districts,” she said Tuesday.

China's state-owned pharmaceutical company SinoPharm said that "hundreds of thousands" of people in the country have received Covid-19 vaccinations under an emergency use program.

The company's general counsel Zhou Song said SinoPharm has provided emergency vaccinations to high-risk groups, including medical professionals, diplomats deployed to high-risk areas, and workers for state-owned enterprises who participate in the Belt and Road Initiative, according to a statement on its website.

"(The vaccines) have been applied ... hundreds of thousands of times, and there was not a single case that demonstrated significant negative effects, nor was anyone infected," Zhou said.

In the statement, SinoPharm said it is currently developing two Covid-19 vaccines, and both vaccines are now in Phase 3 clinical trial.

The company also claimed that 100 million doses of Covid-19 vaccines can be produced by the end of this year.

Zhou said that "the vaccines were proven effective" because none of those who traveled to high-risk places after receiving the injections were infected with Covid-19.

He added that individuals receiving the vaccine will have to get two doses to generate antibodies, with the second shot coming two to four weeks after the first shot.

"The public can start taking the vaccine around November or December as the performance of Phase III trials goes well," said Wu.

Children and teens from minority groups are disproportionately hit by coronavirus, just as older adults are, according to the findings of a new report from the US Centers for Disease Control and Prevention.

Children from ethnic and racial minorities, those with underlying health conditions and those between the ages of 18 and 20 are more likely to die, a CDC-led research team wrote in a study published Tuesday in the agency's Morbidity and Mortality Weekly Report.

The researchers asked 50 states, New York City, the District of Columbia, Puerto Rico, Guam, and the US Virgin Islands to submit information on coronavirus deaths in those under 21, between February 12 and July 31. Forty-seven jurisdictions responded.

Minorities at higher risk: Among the approximately 6.5 million Covid-19 cases in the country, the researchers found a total of 391,814 cases of Covid-19 and MIS-C in those under 21. While people under 21 make up 26% of the US population, they make up only 8% of all reported cases.

Hispanics, Blacks and American Indian/Alaska Natives were disproportionately affected. A total of 44% of the 121 who died were Hispanic children, 29% were Black children, 4% were American Indian/Alaska Natives and 4% were Asian or Pacific Islander. While these groups represent 41% of the US population under the age of 21, they accounted for approximately 75% of deaths in that age range. Fourteen percent of the deaths were in white children. 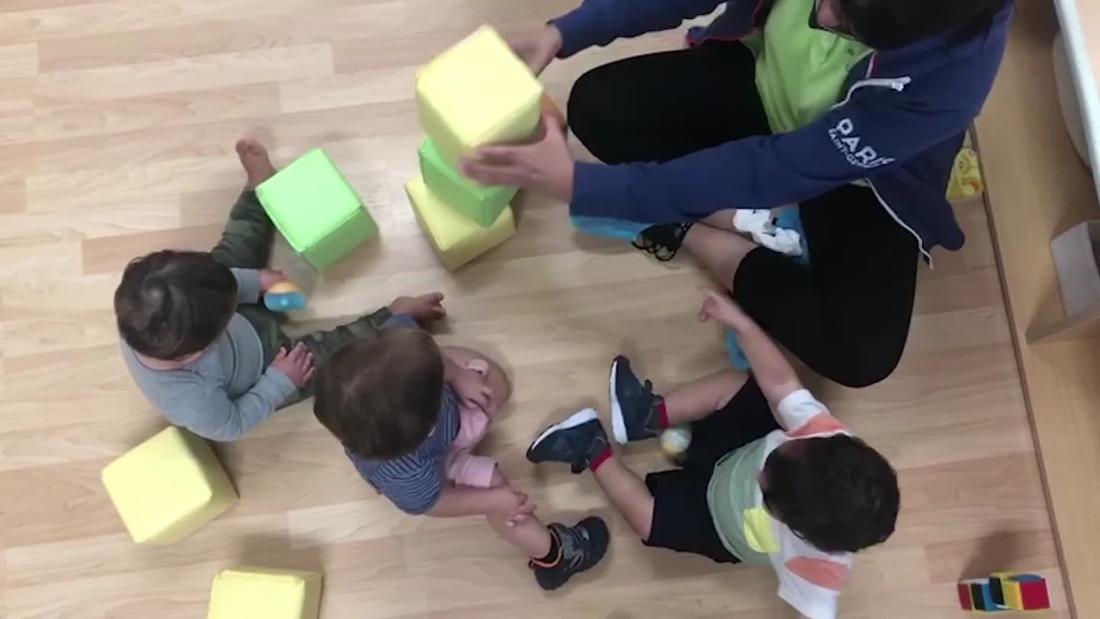 Israel recorded a new daily highest spike in coronavirus cases on Tuesday with 5,523 new diagnoses, according to Ministry of Health data -- an increase of more than 10% on the previous high set just one day earlier.

Cases are climbing throughout the country just two days before a second general lockdown is set to begin. The number of serious cases also rose to 535 on Tuesday, with 138 patients now on ventilators.

US visit: The new daily high came on the day Prime Minister Benjamin Netanyahu was in Washington, DC signing normalization agreements at the White House with the United Arab Emirates and Bahrain.

Netanyahu, who has repeatedly stressed the importance of wearing masks and social distancing, appeared to do neither at the White House, where administration officials did not require masks and many of the hundreds of attendees went without them.

Schools close early: In light of the surging cases, Netanyahu announced that schools would close on Thursday, one day earlier than planned.

The former director of public health at the Ministry of Health, who resigned her position after blaming the government for failing to heed the advice of health experts, said in her resignation letter that the reopening of schools was one of the key sources of spreading coronavirus infections throughout the country.

Israel’s second general lockdown is scheduled to start Friday afternoon and last for a period of three weeks.

A Trump administration mental health official has accused the media of being dishonest about the coronavirus pandemic.

The assistant secretary of the Substance Abuse and Mental Health Services Administration Dr. Elinore McCance-Katz, also reiterated talking points about coronavirus that President Donald Trump has pushed for months, including complaints that schools should reopen for in-person learning and that very few children are affected by Covid-19.

"I just wish that the media would get honest about its coverage of Covid," McCance-Katz told embattled Department of Health and Human Services spokesman Michael Caputo in the HHS "Learning Curve" podcast Friday. "For children this is not a life-threatening illness."

McCance-Katz, who was appointed to SAMHSA by Trump in 2017, acknowledged that children do get severe symptoms from the virus "in rare cases," but said "with a great, great majority of children this is not a serious illness," something Trump has also repeated for months.

"And when we put them in school with safety measures in place, why can't they go to school?" she said at one point in the interview.

Many studies have shown children do get Covid-19 and do die from it. They also can spread the virus to others. The American Academy of Pediatrics says more than 500,000 children have been diagnosed with the infection.

"So, lost in all of this response to Covid and nonstop 24/7 horrors of Covid and if you can't find something to talk about, it appears to me they make things up. It just does," McCance-Katz said at another point in the interview, referring to media coverage of the pandemic. 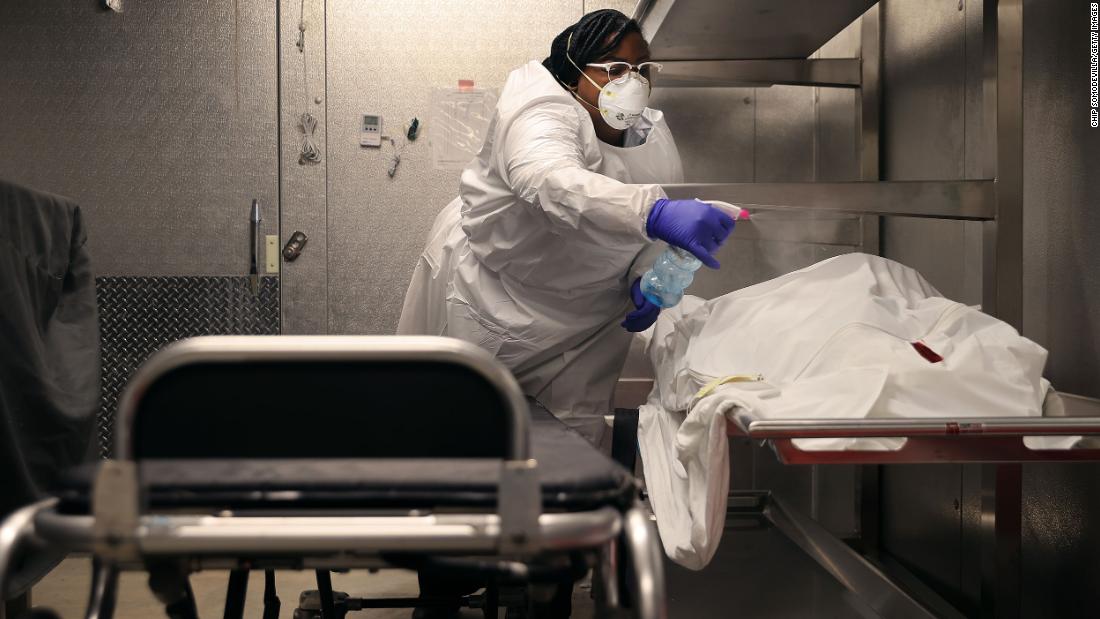 China has locked down a city on its border with Myanmar and rolled out mass testing for hundreds of thousands of residents, after two Myanmar nationals who entered the country illegally were diagnosed with Covid-19.

The two imported cases were identified among a group of six people who crossed the border illegally into the city of Ruili in China's southwestern Yunnan province on September 3. The two patients were diagnosed with Covid-19 on Sunday, according to the Ruili government.

Authorities ordered a citywide lockdown, told all residents to quarantine at home and announced a three-day mass testing program for its 200,000 residents.

As of Tuesday, the city had collected nucleic acid samples from 60,000 residents, according to Ruili's Communist Party secretary Gong Yunzhun.

Ruili authorities also vowed to step up border controls and crack down on illegal entries.

Myanmar has faced a surge in coronavirus infections since late August. The country has reported a total of 3,636 cases and 39 deaths, according to Johns Hopkins University's tally.

The totals include cases from all 50 states, the District of Columbia and other US territories, as well as repatriated cases.

CNN is tracking US cases here: 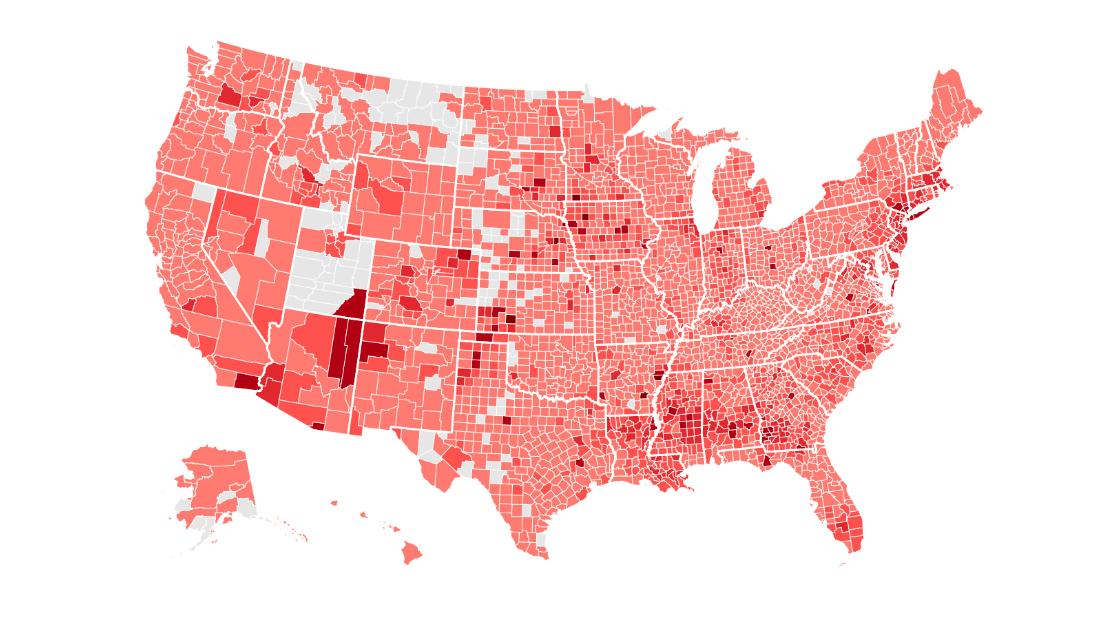 Footage showing Israeli Prime Minister Benjamin Netanyahu's arrival to the White House on Tuesday looked like it could have been shot any other year.

Netanyahu and his wife, Sara, were greeted by President Donald Trump and first lady Melania Trump, who were flanked by soldiers outside the doors of the West Wing. Netanyahu briefly waved to cameras, posing alongside the group for pictures before heading inside.

But unlike past White House trips by Netanyahu, the 2020 visit was taking place in a year headlined by a pandemic. And remarkably absent during the White House arrival was any sort of facial mask or any clear attempt at social distancing.

Outside the bubble of the White House and Trump's events attempting to evoke a sense of normalcy, the United States continues to grapple with the effects of the pandemic. On Tuesday alone, Johns Hopkins reported more than 39,500 new cases and more than 921 reported deaths.

And in Israel, citizens are bracing for a second nationwide lockdown caused by the pandemic after observing a daily high of 4,217 new cases in 24 hours last Thursday.

Trump, Netanyahu and delegations from Bahrain and the United Arab Emirates spent Tuesday at the White House largely ignoring the ongoing pandemic, focusing primarily, if not almost entirely, on the signing the peace agreements. 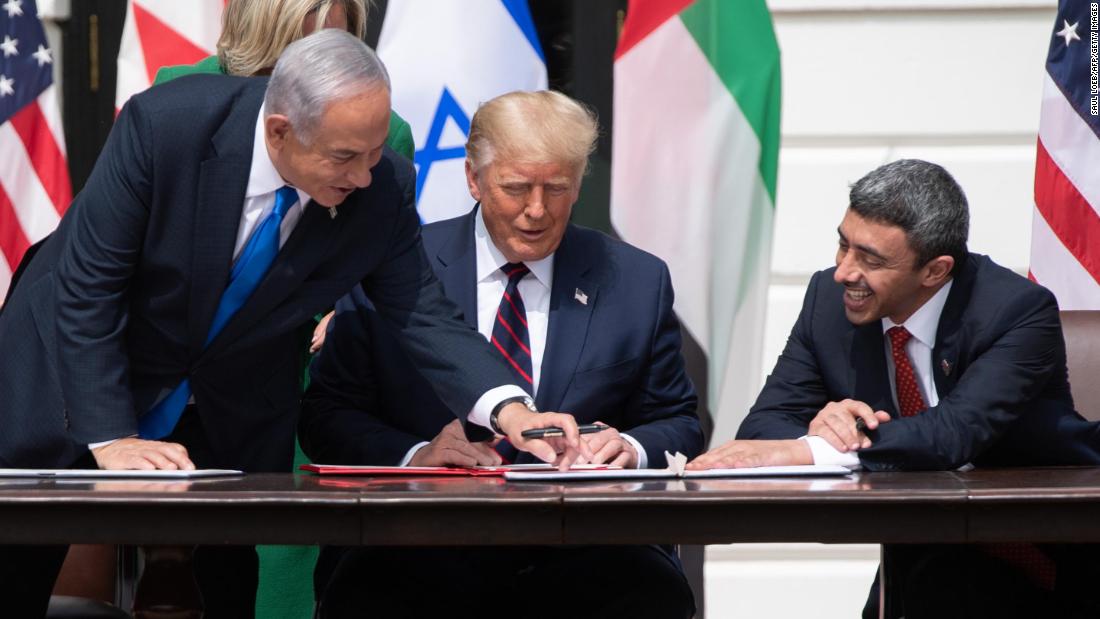 He Killed a Transgender Woman in the Philippines. Why Was He Freed?