Home   Travel   The challenges of building a sustainable resort in the lowest-lying country in the world
Editor's Note — This CNN Travel series is, or was, sponsored by the country it highlights. CNN retains full editorial control over subject matter, reporting and frequency of the articles and videos within the sponsorship, in compliance with our policy.

(CNN) — Many architects would kill to be given a blank slate on which to create their dream project.

But when award-winning architect Yuji Yamazaki agreed to design the Kudadoo Maldives Private Island, which opened in 2018 and is made up of just 15 overwater residences, he found himself thinking about how his building could show off the island -- and not the other way around.

His approach was to build in a way that highlights the island's natural beauty while using up as few natural resources as possible.

"The real concept is, how we can showcase this existing beautiful nature, meaning pristine, white beach and crystal clear water," Yamazaki explains. "Those are the elements that we wanted to preserve."

The most incredible overwater villas in the Maldives

While solar power is becoming more common in the Maldives, Yamazaki didn't like how so many hotels and resorts tried to hide the panels behind buildings as if they were something shameful or ugly.

Instead, he and his team designed their own panels and included them in the overall aesthetic of the resort. Today, Kudadoo remains the only fully solar-powered private island in the country.

"We decided to just design one large public building with the solar power roof," Yamazaki says. "In terms of calculation of the power, that was enough scale footage to cover or supply the electricity throughout the island." 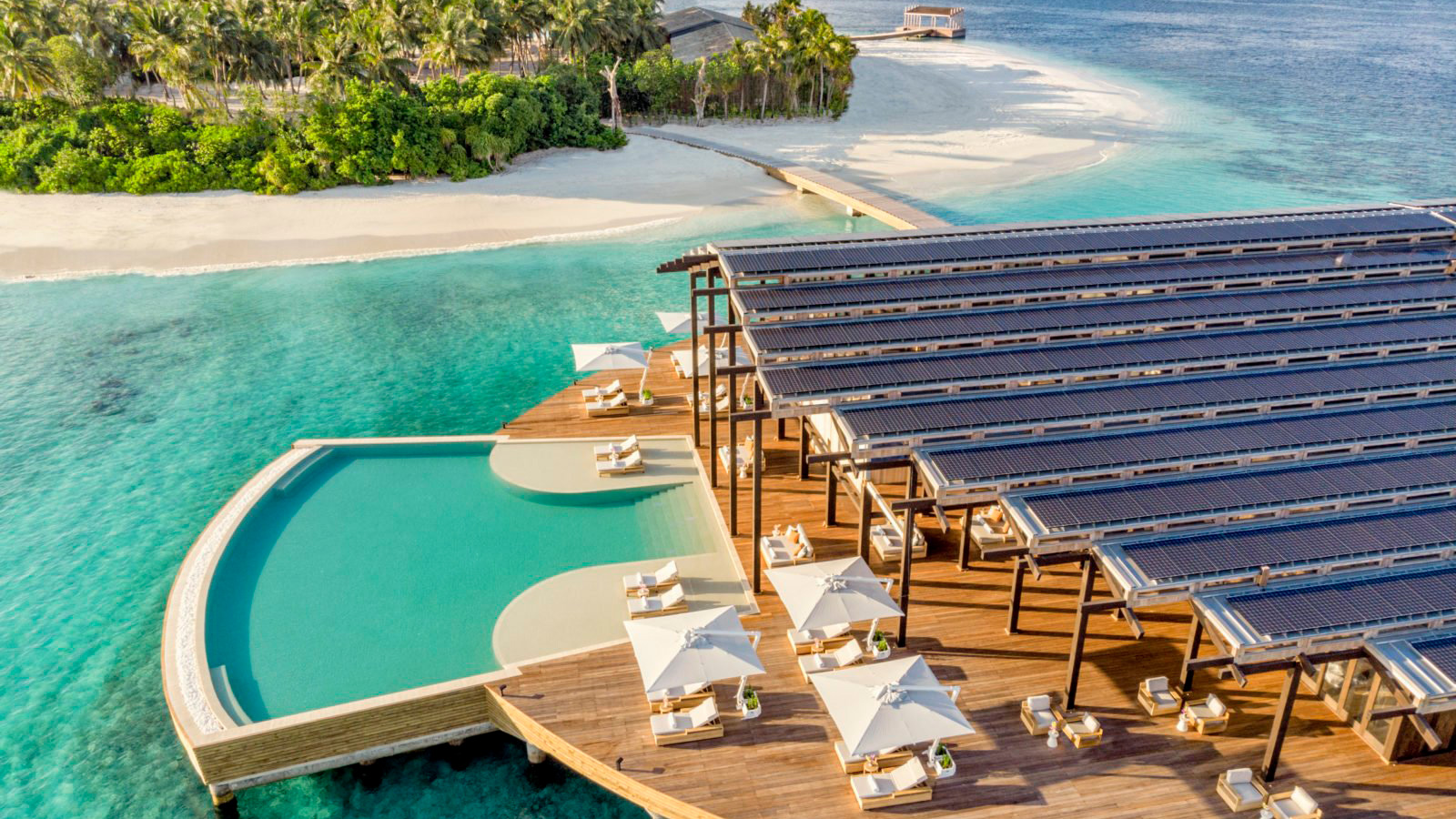 An aerial view of the Kudadoo Resort.

In addition to creating something beautiful and useful, Yamazaki had another goal in mind for his solar panels -- education.

"When you go to Maldives, you typically arrive with sea plane or a boat, so the first impression of the resort is always a roof or building from far away," he explains. "Instead of hiding it, we showed that we made it a main character of the island so that people (see it when they) arrive."

That juxtaposition is exactly what Yamazaki wanted to achieve. Travelers to the Maldives may be coming for luxury and beautiful surroundings, but the architect hopes they will also leave with a sense of responsibility to care for the islands.

In his view, sustainability isn't an add-on that you stash behind a building out of sight. Instead, it's a beautiful design element placed in the most obvious position possible.

The low-lying islands of the Maldives are at serious risk from climate change.

According to forecasts from NASA in coordination with the United States Geographical Survey, the entire country could be fully underwater by the year 2050.

He said: "Our islands are slowly being inundated by the sea, one by one. If we do not reverse this trend, the Maldives will cease to exist by the end of this century." 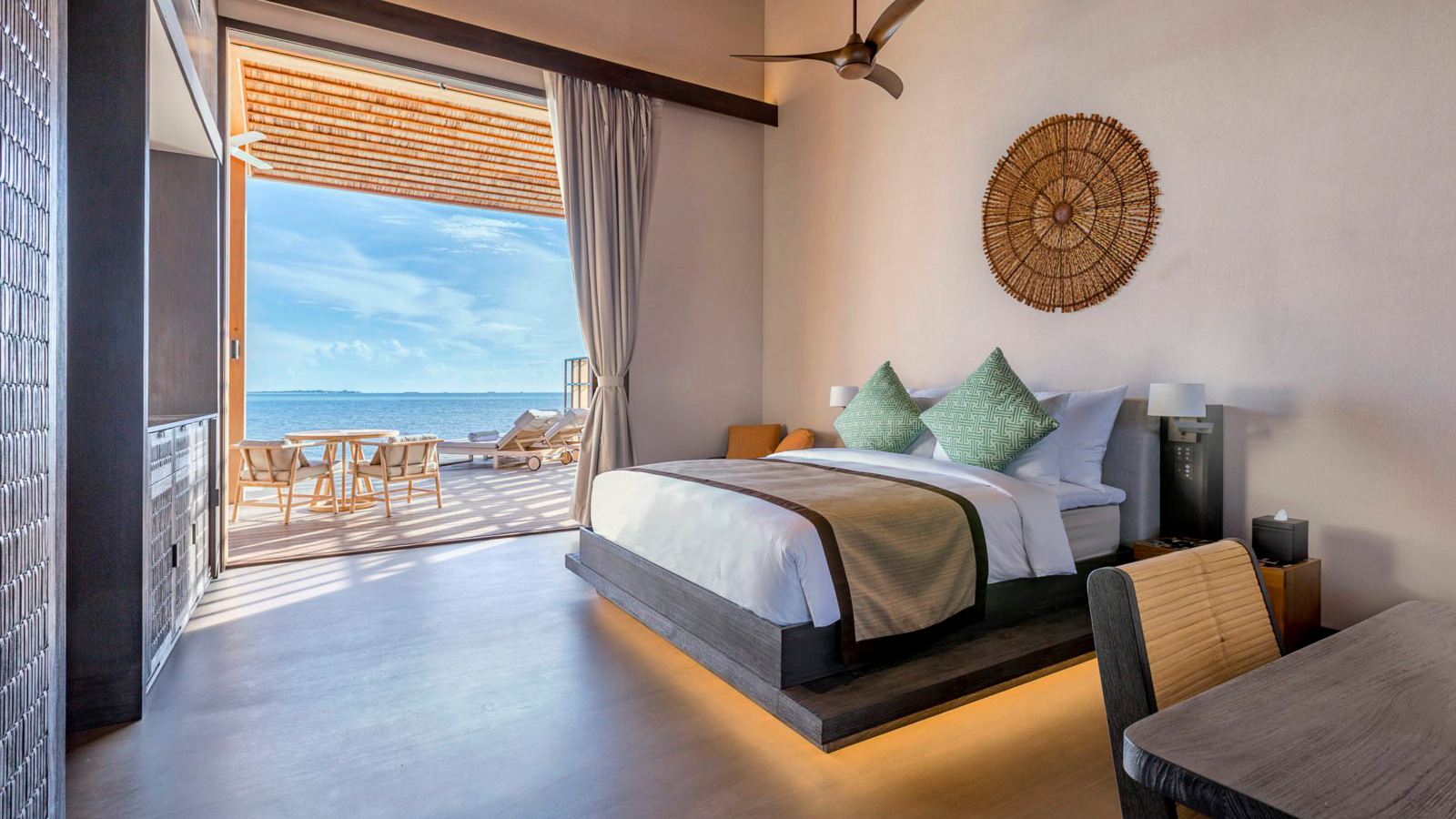 "The concern is really becoming more visible and loud. Sea is rising much faster than scientists predicted. The people in Maldives are very concerned. We've been walking on the new resorts and make sure there's a lot of study done on erosion and shoreline protection."

But the architect is trying to be even more proactive in his approach.

"As an architect, we are there to build a new environment," he says. "We make sure that we showcase what's going on under the water, not only sea level rising, but what's happening on the sea temperature, why the coral is dying or why the fish migration is different this year...we also like to bring people's attention to that as well." 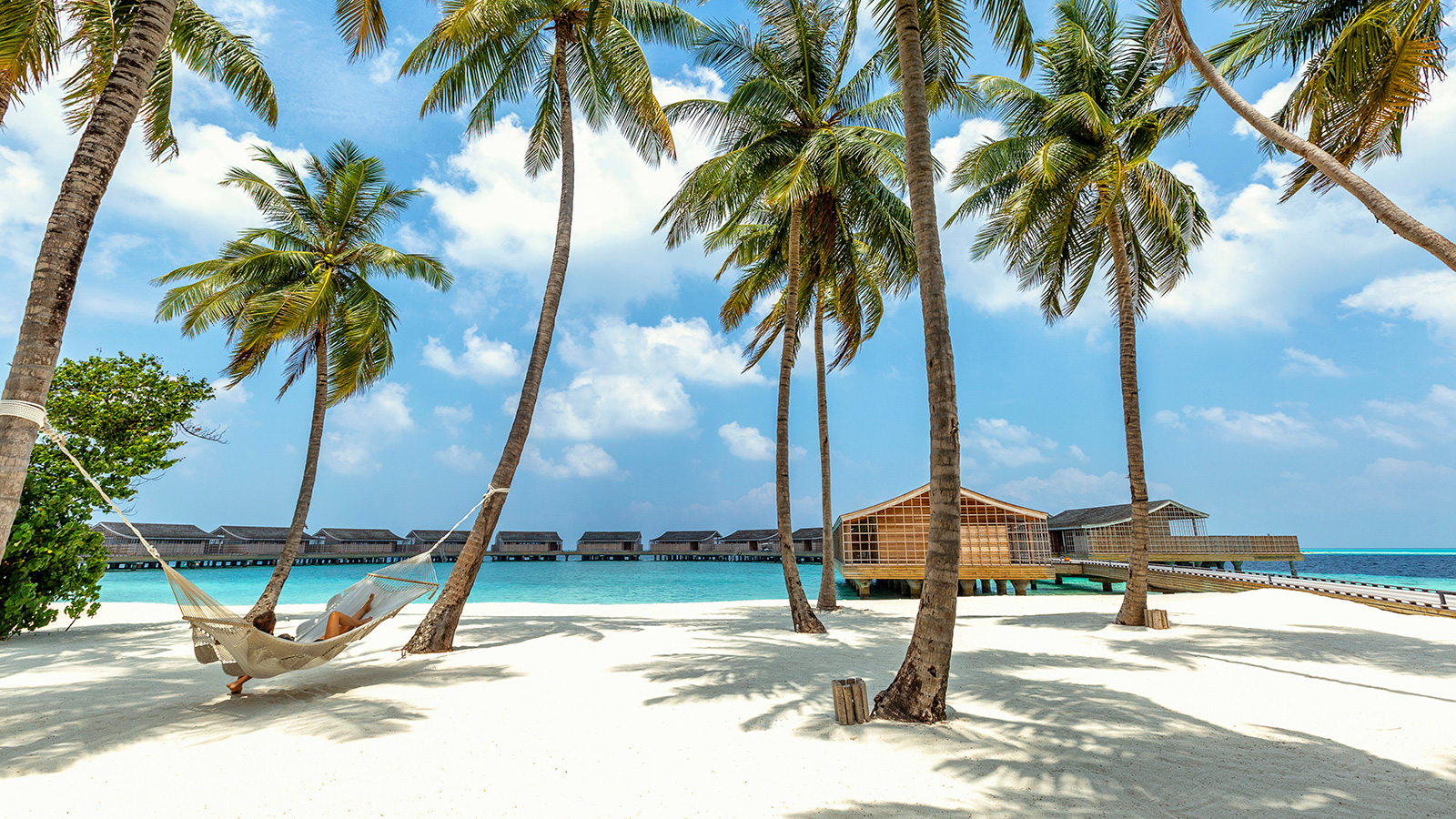 A stretch of that famous white sand at Kudadoo.

As more and more travelers learn about sustainability and specifically seek out properties that are reliant on natural fuels and power sources, the architect believes brands and destinations will follow.

"I think a lot of developers, architects, investors ... are becoming more conscious of why people come here -- beyond the usual five star hotel accommodation. What are the best points? The water, the weather, the breeze, the view. I think those are the elements that are important. Instead of building the fun big swimming pool and the bar lounge, I think lot of investors are not only doing that but also, trying to allocate some of the profits to a local community to clean the environment."

Private plunge pools, world-class wine lists and doing something good for the environment at the same time? Now that sounds like luxury.

Dr. Sanjay Gupta: It’s not only your five senses helping you make sense of the world